I walk our farm at least twice a week, usually more, but I always find something new, and sometimes, very surprising. 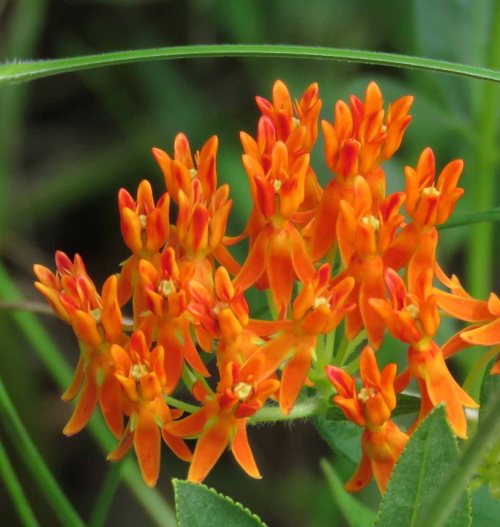 Butterfly weed, Asclepias tuberosa. This is the first time I have seen this bloom here.

Most of the time I have walking companions – three sheep, a goat, and a dog or two.  Such a crowd of four-legged ones walking around seems to trick the birds into thinking no humans are present.  Sometimes the dogs and the goat call my attention to things I haven’t noticed – the dogs by barking furiously and the goat by freezing in position and refusing to move. 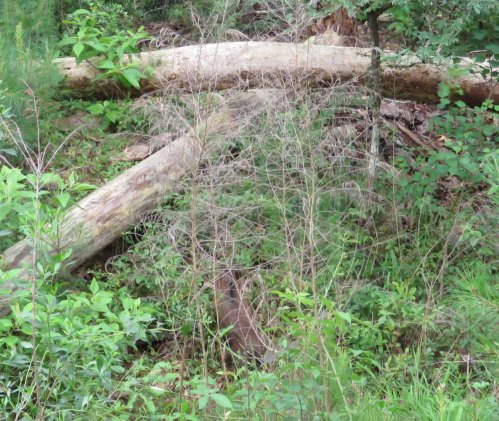 One of the dog’s finds, a young feral hog below the fallen trees). Hogs are all over Texas, but this is the first time I ever saw one here.

It was too brushy to get a good picture. 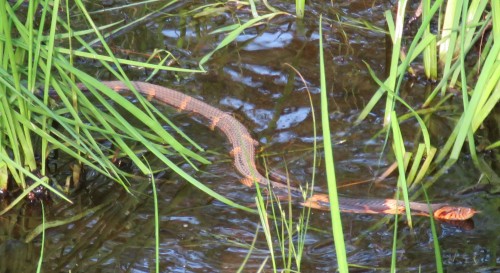 Leila (the goat) spotted this broad-banded water snake in a little dip on our path.

And then other times, all the animals charge down the path so I think it is clear, and then I step on a snake that not a one of them noticed.  (Just an Eastern Hognose, no worries.) At my age it is good to keep my reflexes working! 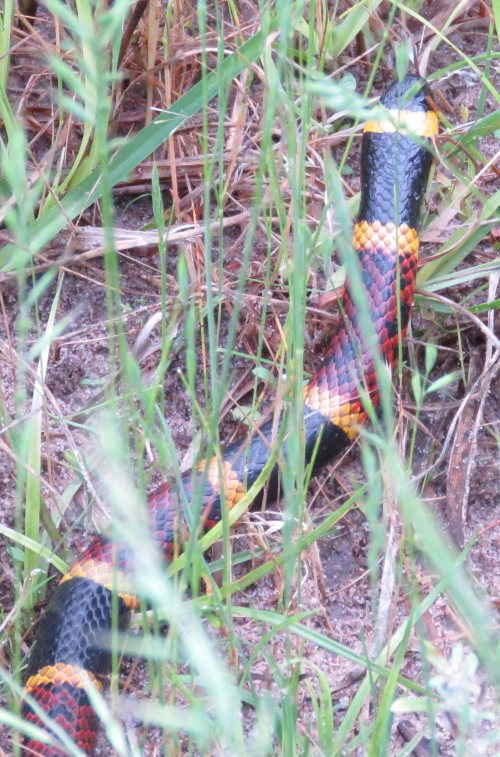 This coral snake was out in the middle of the pasture in broad daylight. I did not have the usual thundering herd with me, so I caught it unaware.

And sometimes creatures just pop up in unexpected places. 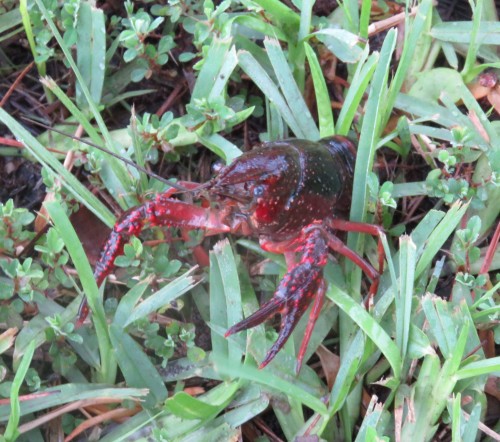 This feisty crawfish showed up in the backyard this morning.

A Carolina Wren built a nest in the barbeque! This is Day 4 after they hatched. Bad picture but I don’t want to disturb them.

What wildlife surprises have you had?