Long winter nights are a perfect time for armchair travel – reading my way around the world and through the centuries, and learning a little more about textiles. 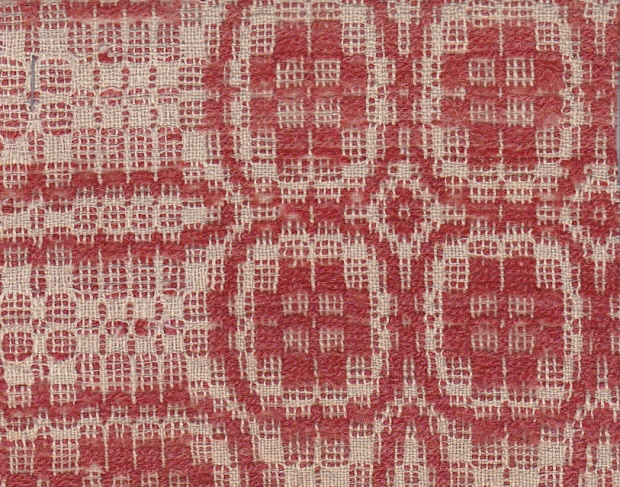 Madder red? I think so. This is a scrap of an American coverlet.

If The Root of Wild Madder (by Brian Murphy) had been titled differently, I think I would have liked it better.  The title set up expectations that I suppose your average reader wouldn’t have.  But it made me really want to read about the madder plant, where it grows wild, how it’s harvested, how it was domesticated, how it’s used today, etc. etc.

Had it been titled Persian Carpets – Poetry Meets Pragmatism, or Behind the Carpet Curtain, I would have had a better idea of what the book is actually about.  I learned a lot about life in Iran and Afghanistan and the complications of producing and selling carpets, but information about the actual process of creating carpets seemed lacking to me.

The subtitle is Chasing the History, Mystery, and Lore of the Persian Carpet.  I think a more accurate title would be “How I Pursued  My Journalistic Interest.”   This book’s structure follows the author as he travels to learn about carpets – as a result, any information about history and lore seems patchy and random. (Published by Simon and Schuster in 2005.)

In contrast, The Perfect Red by Amy Butler Greenfield has a chronological structure that unfolds smoothly, showing how cochineal has impacted people through the centuries, in politics, history, chemistry, economics, and art.

As the Spaniards spread across America in the 1500s, they discovered the beautiful red dye that Meso-Americans  had used for centuries, a dye that came from a tiny growth on prickly pear cactus.  Intrigued, the conquistadors sent it back to Spain.  Dyers quickly realized that it gave a gorgeous, light- and wash-fast crimson color, and from there, complications multiplied.   Rulers tried alternately to outlaw cochineal or to establish monopolies, merchants cheated their customers, botanists spirited it out of forbidden territory, pirates stole it.    Queen Elizabeth I,  Emperor Charles V, Cortes, and Napoleon all tried to profit from cochineal.  Anton van Leeuwenhoek used his microscope to discover whether the tiny cochineal “grains” were in fact insects, seeds, or “wormberries.”  Colonial powers tried to establish new areas for cochineal growth from Java to the Canary Islands.

Greenfield weaves all these aspects into a swiftly flowing tale that is fun to read.  This book’s subtitle is Empire, Espionage, and the Quest for the Color of Desire, and I think it describes the book perfectly.  (Published by Harper Collins, also in 2005.  I wonder if publishers were having a rivalry over dye books that year.) 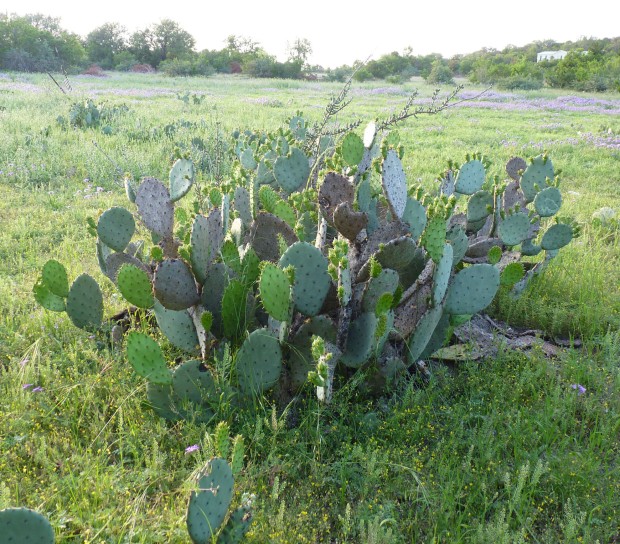 I’ve got the prickly pear but no cochineal. 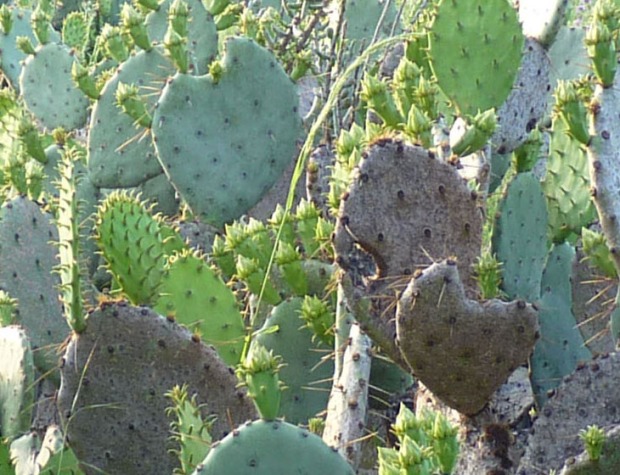 The other name for prickly pear is nopal – we eat the pads, called nopalitos. We take the spines off first – feral hogs just chomp them, spines and all.  We also love the little red fruits (which aren’t in this picture), called tunas. 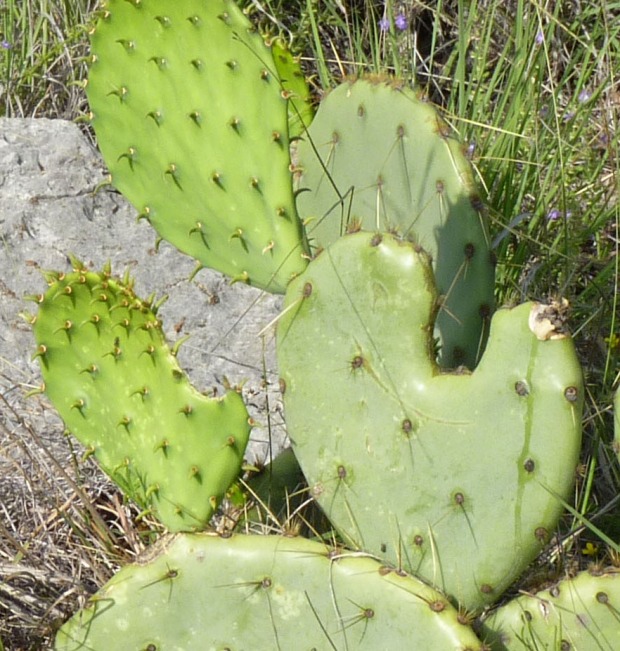 Greenfield wrote that cochineal workers had a rule that cactus couldn’t be touched directly. I don’t think I would need a rule about that.

The most technical of the “red” books I read this month is The Red Dyes: Cochineal, Madder, and Murex Purple by Gösta Sandberg.  It was originally published in Sweden in 1994, and was translated into English for Lark Books in 1997.   This wonderful book has gorgeous, detailed, full-color pictures on almost every page, along with historical and scientific information about traditional dye processes.  It is a “this-is-how-they-did-it” book.

You might have heard of the color “Turkey red” – this book tells you the ten steps (and about eleven days’ worth of work) of producing that color, using materials including olive oil, sheep dung, alum, sumac, and madder.

You might know that in the 1700s, cotton calicoes were prohibited in England, France, and Germany.  Rulers of those country were attempting to protect domestic textile industries against products from India.  (After all, why would anyone want a lovely supple floral cotton, when they could be wearing a good sturdy  linsey-woolsey?)  This book describes the eight operations used in India at that time to print calico.  The calicoes were multi-colored, and the piece had to travel between locations to have each color applied by specialized craftsmen.  Imagine the time and money invested in each piece, and how upset Parisian women were when 800 confiscated gowns were burned in one night.

Whenever I pick up this book, I mean to read it all the way through, but I end up flipping the page to see the next beautiful textile – and then the next, and the next.  It’s so informative, but the pictures pull me away from the text. 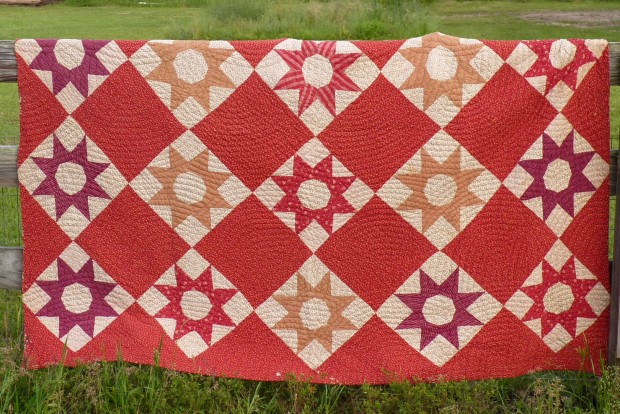 One of my antique quilts – not an illustration from the book.  The faded salmon color stars are probably madder-dyed. But is there any true Turkey red here? any cochineal? or are these all artificial dyes?

My mind is full of red after reading all these books – I think I’ll have to rest it with some neutral colors for a while.

4 thoughts on “Reading About Red”