I came across this article in GQ, and I felt so sorry for the author — after several life-stressing events, he felt like he had lost his identity.   His solution?  Seek out a mentor to tell him what to buy.   I was interested in the designer he sought out, Hiroki Nakamura of Visvim:

Hiroki’s pieces have the feel of artifacts—of rare materials meeting rare craftsmanship but coming together in familiar forms, like jeans or parkas. They look like they were hand-sculpted after being dug out of the earth in some faraway desert. They have power….

He is fond of the word character, the way an object can express individuality, experience, life force. He has an aversion to things that are too perfect: “Because everything is made by machine, everything is perfect—it’s boring. It’s uncomfortable, almost. Even being in a new car, for me, I get carsick. Because it’s sealed perfectly, there’s no air movement. Just being in skyscrapers, for me, I feel like a little gecko put into a glass box or something, you know? I can’t breathe anymore.” He was trying, he realized, to make imperfect things you could breathe in.

It was so interesting to me that this writer respects traditional handcrafts and unique design.  But I so wished he had found someone to teach him to just make something, anything, for himself!  I think that would do a better job of providing him the sense of character and community he was searching for.

After reading that article, I looked at the Visvim website.  I will never buy one of their $975 shirts, but I do appreciate their series of “Product Introspections” under the section called “Dissertations.”  Each one has beautiful photographs, a little background information, and sometimes a video.  Some of the topics are ramie fiber, indigo dyeing, and Japanese boru fabrics.

I am always looking for good resources about sustainability. First, here is an article about personalized digital textile printing and its future in business.

And then, this is the last week of the Scraps exhibition at the Cooper Hewitt museum, an exhibit about creating high value textiles from textile waste.  But even though the exhibit will close, the online resources are incredible.  Some of my favorite things there are the darning sampler from 1836, the infographic on where our textile waste ends up, and a beautiful textile collage by designer Reiko Sudo.  Here is one of the infographics.

Back in September of 2016, I wrote about an exhibit in Philadelphia, on Vlisco wax cloth used in African fashions — Hyperallergic did an excellent story on that exhibit in November, and they showed all the pictures I couldn’t get permission to use.  After you read that article, you will know everything I learned!

Even further back, in June of 2016, I wrote about the Théâtre de la Mode, when Paris designers created fashion dolls as a way to display their creativity even during the depths of WWII.  I recently found out that a few years later, the designers once again collaborated to create a similar group of dolls.  They were sent to the US as part of the French “Merci Train.”  I had seen a room dedicated to a Merci Train display in the Arizona State Capitol, so I knew a little of the history.

After the war, US citizens sent 700 boxcar loads of supplies to France and other countries that were experiencing post-war shortages.  In gratitude, the French filled 49 boxcars with all kinds of heirloom treasures and handmade crafts, and sent them back to the US.  To me it is heart-breaking to see the treasures that people parted with to show their gratitude.

There was one boxcar for each state, and one for the District of Columbia and Hawaii to share.  As the years have gone on, some states have preserved their boxcars and the contents, and some have not.  (Texas, I am happy to say, has kept her car and its contents.) 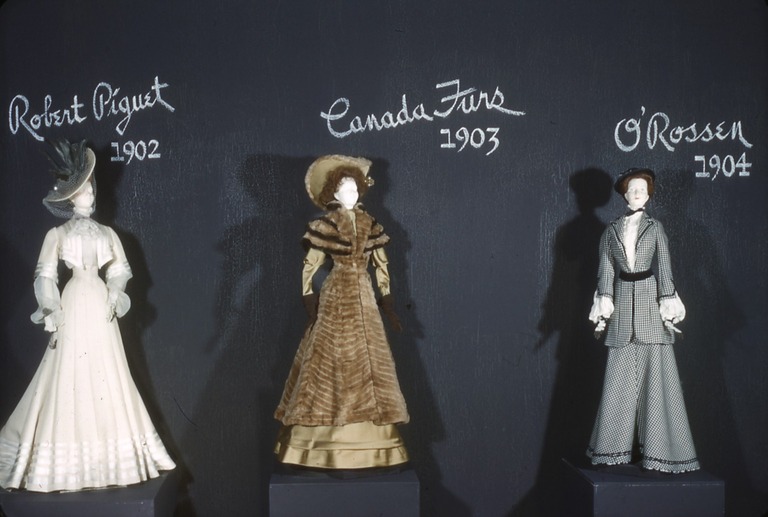 These dolls represented fashion history, and originally one was to go to each state.  But then it was decided to keep them together and send them to the Brooklyn Museum.  There was an exhibit in 1949 (and apparently never again), and photos from that exhibit can be seen here.  They are beautiful dolls and it is really sad to me that they were exhibited against black matte board with only chalked labels, and even now, they are not in the online collection, only the photos of the original exhibit are. 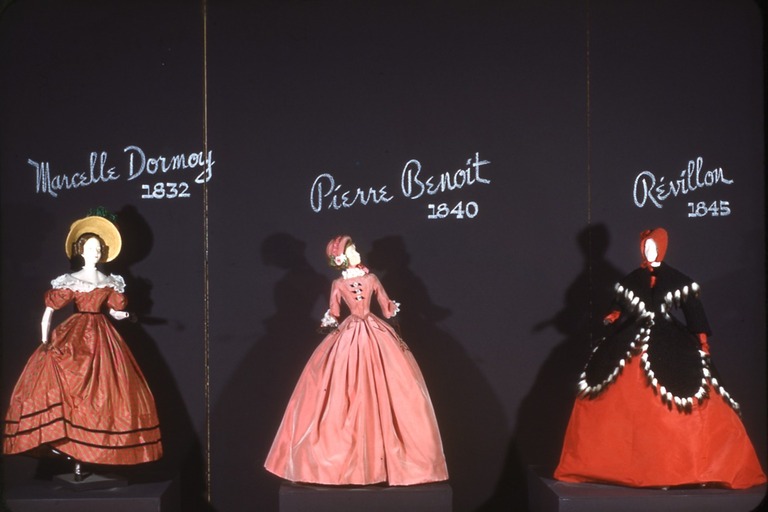 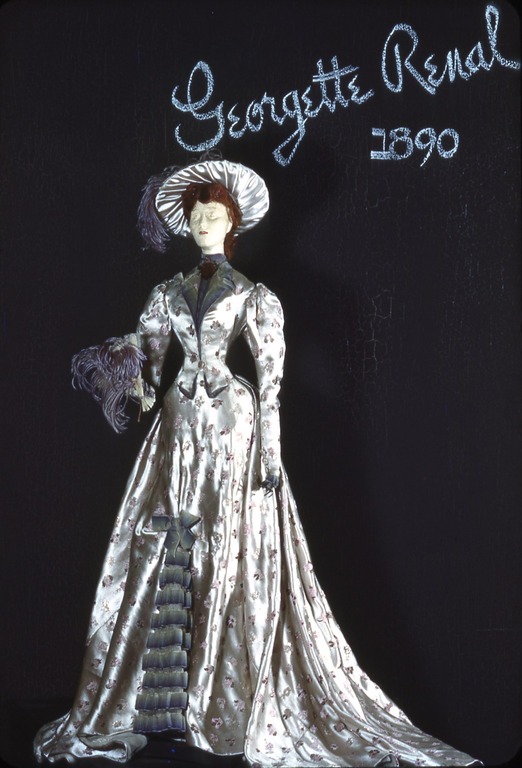 I wish there was more available online about these dolls, but I am happy to know that they were at least documented once.

← Lessons From a Dumpster Dive
English Needles from the 1850s →