Soaking Up Inspiration in San Diego

I have been absent for a while, but I haven’t been inactive!  I have been traveling instead.  Just recently we went to San Diego for the first time.  We had a wonderful time – we enjoyed a spell of cool weather, delicious food, and great service wherever we went.

I went to four museums, and saw interesting things at all of them, but sadly, none of them allowed photography.  So I will only be able to share things that inspired me at outdoor sites – the San Diego Zoo, the harbor tour from the Maritime Museum, and Cabrillo National Monument on Point Loma. 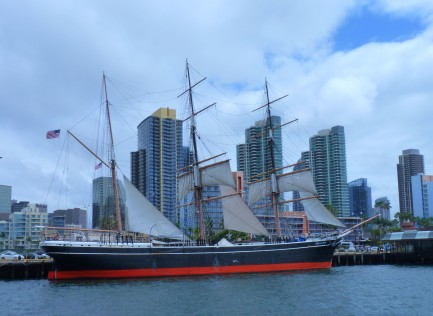 The 1863 Star of India at the Maritime Museum. 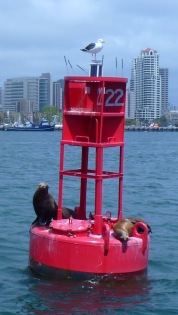 Two sea lions and a gull in the harbor. 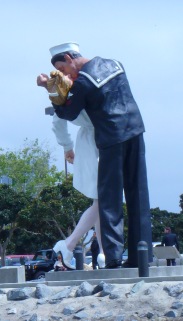 Giant sculpture of that famous kiss, next to the USS Midway.

Tiny anemones and snails in a tide pool at Cabrillo.

Another view of the Pacific.

View of the Pacific from Cabrillo National Monument on Point Loma.

I think these are the prettiest swine I’ve ever seen! 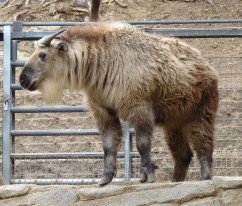 The takin is sometimes called the goat antelope, because it has things in common with both families. 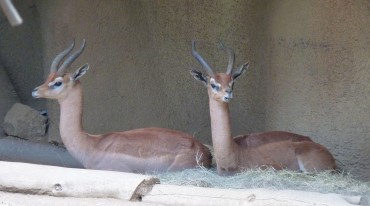 Gerenuk are members of the antelope family.

Sadly, I missed Visions Art Museum: Contemporary Quilts and Textiles, even though I was just blocks away at one point.  It was not listed in the 2009 Frommer’s travel guide I was using, so I didn’t know about it until it was too late.  😦  But now that is something to look forward to on my next trip!

5 thoughts on “Soaking Up Inspiration in San Diego”