Women at Work 100 Years Ago

Poring over images from the New York Public Library digital collections today, I came across these great costume designs by Will R. Barnes.  They were labeled “Women at Work: ‘Doing Our Bit’.”

I was able to find out that Doing Our Bit was a 1917 Broadway Musical (but with a different designer credited), and the NYPL gives these sketches quite a long date range, between 1912 and 1930, so it is possible these are from another production.  Maybe they were for a dance number in another revue.  I have been reading through programs from fundraisers of the era but I have not found anything yet. 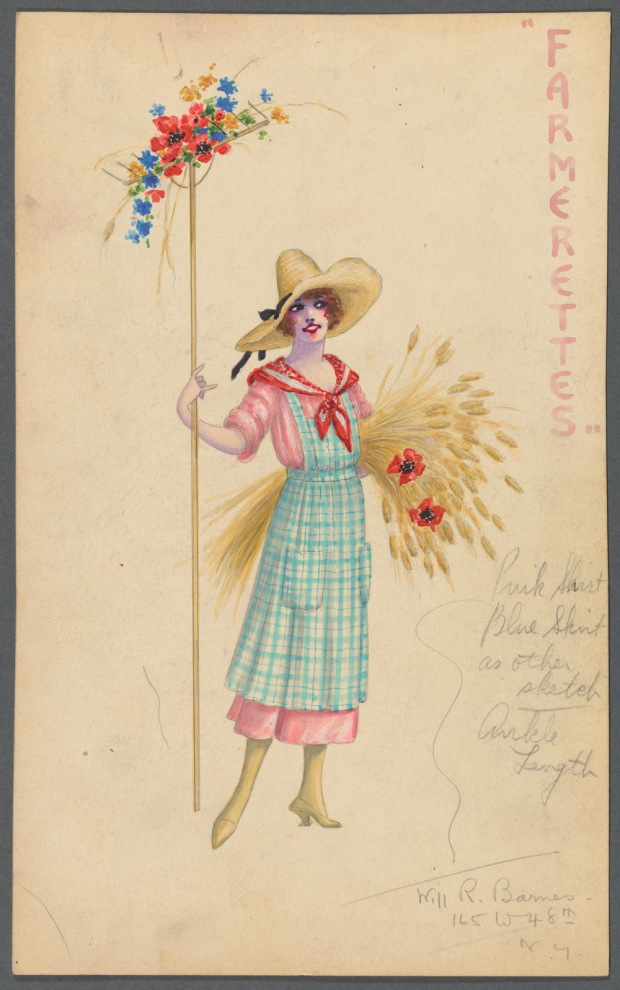 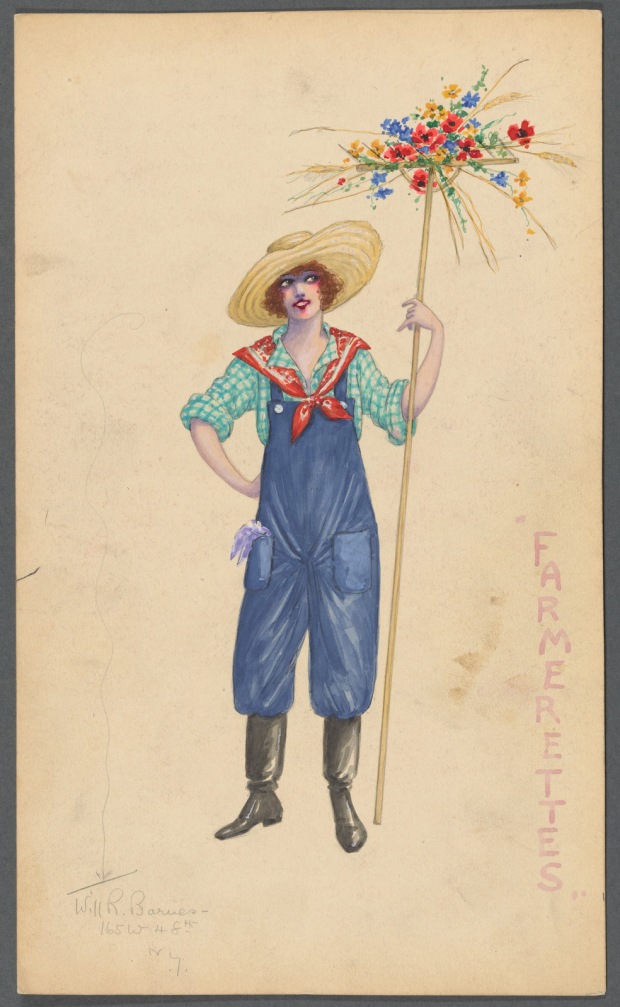 They were designed by artist Will R. Barnes, of whom there is not much information on the internet.  A brief biography on Design and Art Australia Online says that he was born in Australia in 1851, painted watercolors and designed theatre costumes, and came to the US about 1897.  More information about his career comes from the George Glazer Gallery which says that he worked on Hippodrome spectacles until 1922.

The New York Public Library mentions Barnes once in a biography of his boss, R. H. Burnside, and says that after 1923, he was the resident designer for a theatrical rental company, whose slogan was “We Furnish Everything” and whose brochure stated, “Can supply 1-10,000 costumes within 24 hours.”   Seven hundred and twenty-two of his design sketches are available on the library website.

There are other sketches labeled “Women at Work: ‘Doing Our Bit'” by another artist, Robert McQuinn.  His are simpler and more realistic looking.

But on his sketches, the backs are blank.  On most of Barnes’, the backs have notes — eight numbers with names (I am assuming of the dancers who would wear that costume), and notations like “Cut,”  “Shirts not cut.”  I am wondering if both artists submitted sketches, but Barnes’ were the ones selected and used.

Reverse of the Barnes Firefighter sketch, with list of names, and notes.

It was a nice find.  I have enjoyed the book Hollywood Sketchbook, but it had not occurred to me to look up Broadway costume designs.  And I especially love art that is in the public domain!

← Narratives Embedded
Does Your Marriage Suffer From Clubitis? →